“After incorporating the audience response system, we have seen Town Meeting Members reinvigorated and confident.” 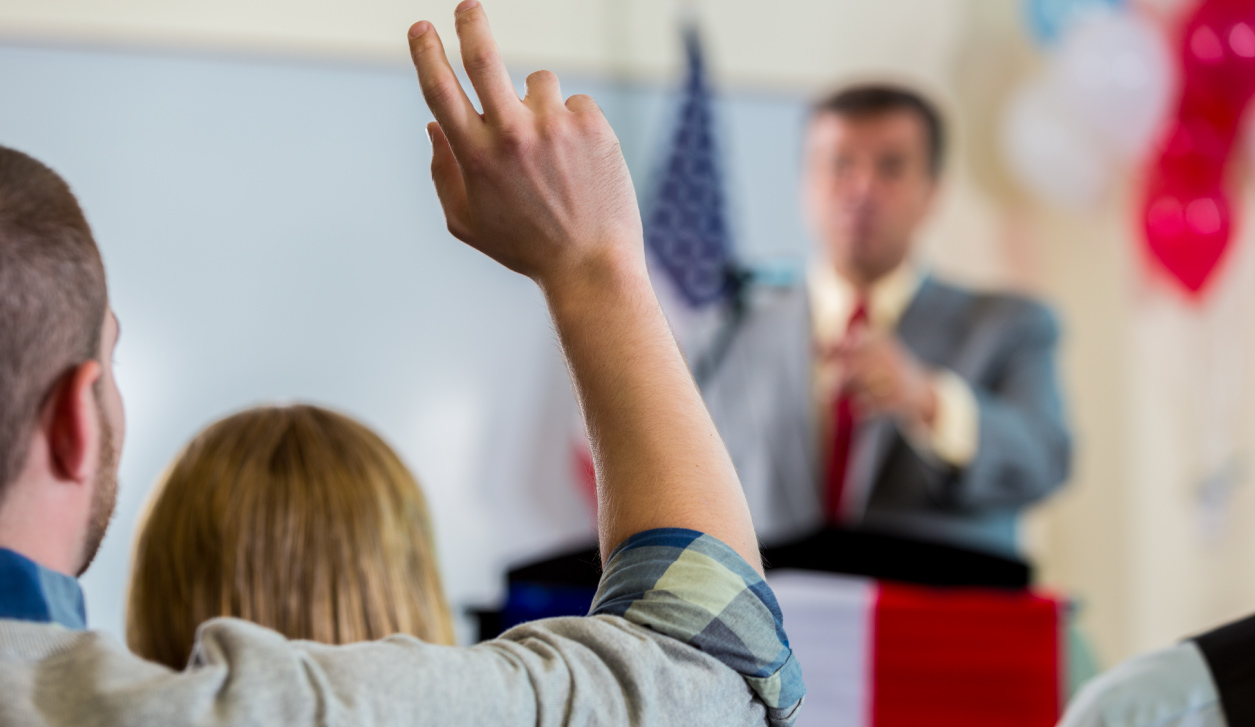 A suburb of Boston, Massachusetts, Belmont is a historic New England town of more than 24,000 residents. Elected Town Clerk Ellen O’Brien Cushman is responsible for the day-to-day operations of managing council records and issuing licenses and permits to overseeing and certifying all town, state and federal elections. The Town Clerk’s office also supports Representative Town Meetings, which is a form of local government comprised of 300 elected members from eight voting precincts around the community who work together to set laws, budgets and policies of the town.

The voting process is conducted in one of three ways: 1) Voice Votes of those in attendance as declared by the Town Moderator; 2) Standing Vote to quantify the voice vote in aggregate, if requested by Town Meeting Members; or 3) Roll Call Vote of each member, attributing a specific vote to a specific Town Meeting Member.

A Roll Call Vote can only be taken if at least 35 Town Meeting Members request it at the meeting. An article that has already been voted can be brought back to the floor for reconsideration if two-thirds of the Town Meeting Members present vote to reconsider the article. Information regarding warrant articles is customarily delivered through PowerPoint presentations, but, as Ellen explains, the process quickly grew restless with members.

“It was a fairly static use of PowerPoint,” stated Cushman. “We also heard that Town Meeting Members wanted more accuracy on each vote to make sure that the results were declared not on the strength of their voices, but the numbers of their votes.”

Ellen, determined to resolve the issue, decided it was time to explore new ways of engaging the audience in an interactive, yet informative setting while still using PowerPoint.

Before proceeding with the search process, Town Meeting Members had to make several adjustments to the local bylaws in order to allow any type of new technology to be incorporated with the meetings.

“I reached out to several vendors when I first took office to gather insight on audience response technology, and Turning Technologies was the only one that answered my investigative questions,” said Cushman. “When the IT Director presented the quotes, and we participated in the demonstrations by the different vendors, the Committee was particularly impressed by Turning Technologies. The technology is simple, support staff did a very comprehensive job answering all of our questions and ‘what if’s’ and the price was a third of what some other competitors would charge.”

The Town of Belmont purchased more than 300 audience response devices for Town Meetings.

“After incorporating the audience response system, we have seen Town Meeting Members reinvigorated and confident.”

Integration of TurningPoint interactive polling software and audience response clickers created new opportunities for Belmont’s Town Meetings that would have not been possible beforehand. Instead of spending time discussing and voting on motions, information would be presented in a clear and concise way through TurningPoint. Members could simply cast their ballot from the comfort of their seat with the response technology.

“After incorporating the audience response system, we have seen Town Meeting Members reinvigorated and confident,” stated Cushman. “Time is spent on questions and the answers instead of the mechanics of counting votes.”

Real-time data provided the moderator flexibility to determine immediately if a motion needed a voice or standing vote based on the results. Accurate, timely counts and the possibility of a pressing answer for vote boosted confidence by members.

“Members absolutely love using the technology and are constantly asking why we are not using it for each and every single vote,” said Cushman. Moving forward, the software and response devices will be used with every one of Belmont’s Town Meetings.