“The student response clickers are the things that enable me to engage in daily testing and active learning in significant measure.” 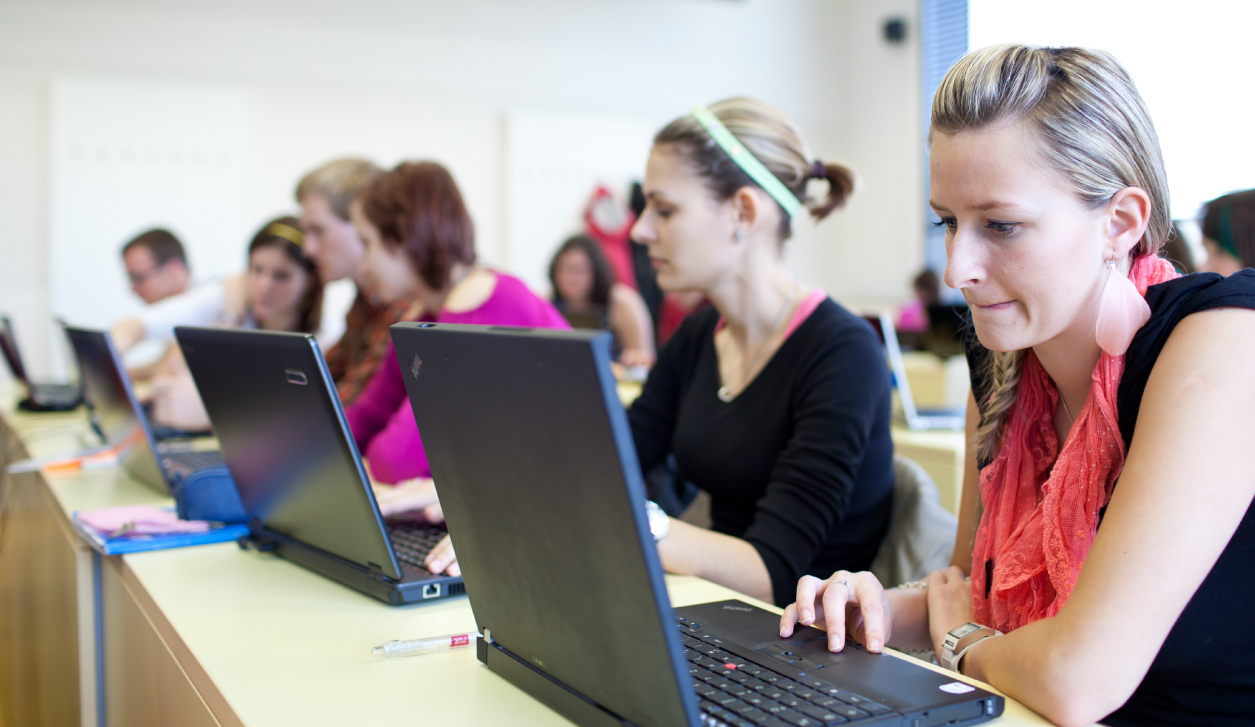 High-stakes exams, like mid-terms and finals, can be a bane to the instructors that have to administer them. This is particularly true in large classes, where educational assessments need to be an accurate measure of student learning without taking a prohibitively long time to grade. Further, frequent formative assessments are often even more difficult to integrate into the regular class routine.

University of Akron Professor of Chemistry David Perry faced those familiar challenges teaching Principles of Chemistry II, a class with between 100 and 200 students. He wanted to employ a combination of daily testing and active learning in his classes, but the antiquated bubble sheets that were available limited him to multiple-choice questions and proved cumbersome as formative assessment tools.

When the University of Akron adopted TurningPoint interactive polling software, Perry discovered self-paced polling, which allows instructors to deliver assessments, evaluations and surveys that require students to work at their own pace. He decided to see if this would better meet his needs and allow him to get rid of bubble sheets for good.

One of his primary goals was to use self-paced polling as a means of supporting research-proven active learning techniques through regular formative assessment exercises. Engaging a large group of students in such an active way had presented a significant challenge, particularly since he does not have any teaching assistants.

In addition to the potential added efficiency, he was excited about TurningPoint’s ability to use various question types, including numerical response, for assessing students. In a class that requires students to do a lot of mathematical calculations, this would challenge them to determine the correct answer themselves, rather than choosing from several pre-determined multiple-choice options.

“I think we evaluate the students more, in a more demanding way, by requiring them to actually come up with an answer and try to enter it,” he said.

“The student response clickers are the things that enable me to engage in daily testing and active learning in significant measure.”

After using self-paced polling for several years, Perry is pleased with the results. He utilizes the immediate feedback from the daily quizzes and participation questions as a springboard to lively in-class discussions and active learning exercises that are tailored toward the needs of each specific group of learners. The ease of quickly checking student understanding of pre-class readings with formative assessments also means that he can reserve class time for more meaningful learning activities.

“The student response clickers are the things that enable me to engage in daily testing and active learning in significant measure,” he said. “The objective is to get a more effective learning experience for the students so the students do better.”

He is equally pleased with TurningPoint’s capacity to help him administer summative assessments, such as high-stakes mid-terms and final exams. Although initially concerned that technical glitches could result in lost test scores, the software’s reliability has never let him down.

“There has never been a technological failure,” he noted. “I have never lost a student response.”

The numerical response feature, as well as the other question types allowed by TurningPoint, has likewise been a boon as it opened the door to more robust and nuanced testing of student knowledge than was possible with bubble sheets.