“TurningPoint has been well received by all of the residents and faculty involved.” 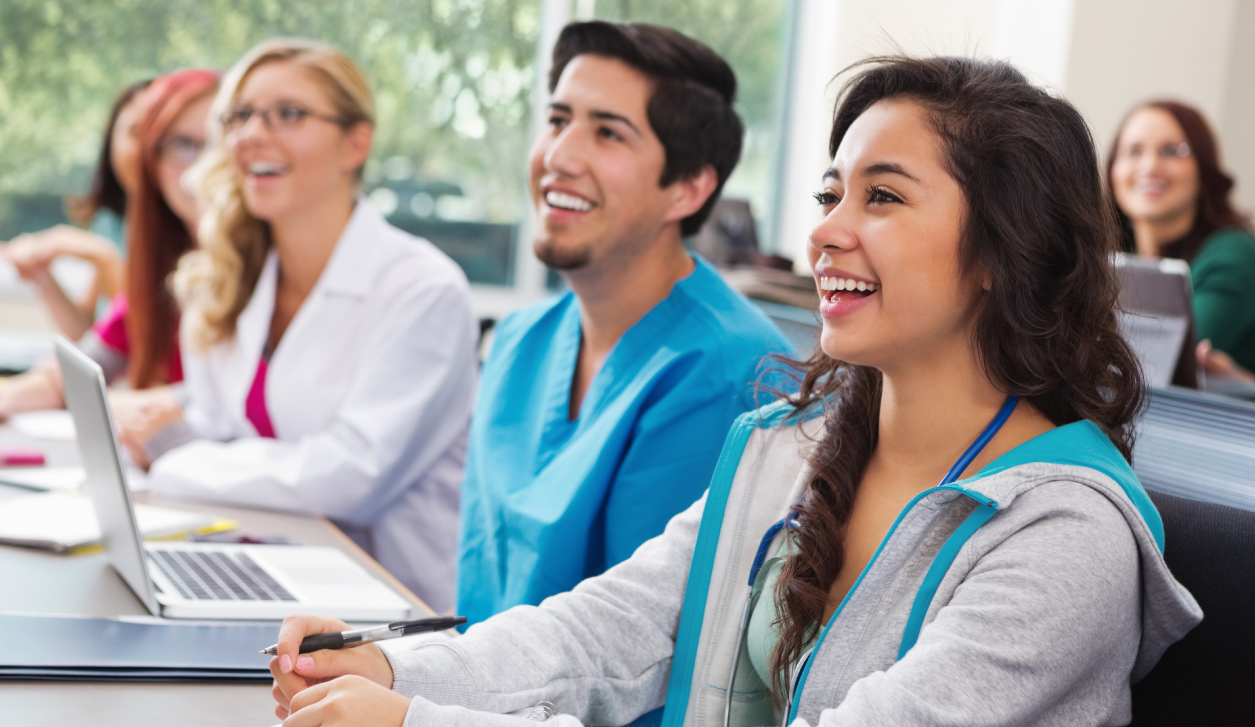 Southern Colorado Family Medicine is a fully accredited ACGME family practice residency with the only dually accredited ACGME/AOA internship in Colorado. They are committed to training physicians that want to practice family medicine in a variety of settings including rural, suburban and urban areas. It is located in Pueblo, Colorado, adjacent to the St. Mary Corwin Medical Center.

Residents maintain their own patient panels of 100 to 150 families in their first year, 150 to 200 families in their second year, and 250 to 400 families their third year, under the direct supervision of the family physician staff. Currently, they care for approximately 10,000 individuals, which accounts for 17,000 visits per year. Steven Milligan M.D. is a faculty member at Southern Colorado Family Medicine.

Steven was looking for a way to obtain “more resident participation during lectures with instantaneous feedback while also giving the residents anonymity when answering.”

He also wanted to promote discussions and take advantage of talking more in-depth about a topic when residents did not fully understand.

Steven first learned about Turning Technologies’ TurningPoint interactive polling software on the internet from a common search of audience response systems. Once he read more about the engagement and assessment device, TurningPoint, he realized that he had found the solution to his participation problems during his lectures.

Because TurningPoint seamlessly integrates into Microsoft Office products, it nearly eliminates the learning curve for those who already know PowerPoint, Excel and Word. Steven said that, while first using TurningPoint, he had “no problems whatsoever in learning or using the software. There were also no difficulties with the residents in responding to questions.”

Steven told us that because TurningPoint lets the 18 to 24 residents in the program reply to questions with keypads that immediately show real-time responses, he was able to increase the level of interaction and expand attentiveness in his lectures.

He also uses the audience response system software for a review of exam questions with his residents. The ability to rapidly detect important resident knowledge has helped Steven in designing his upcoming lectures.

When asked how much he thought participation had increased in his presentations, Steven said, “I think the way to look at it is the number of residents at a lecture who participate in that lecture. In the past, I would think that that number was around 50%. Now, with the ability to show how many people have answered a question, the percentage is very close to 100%.”

“TurningPoint has been well received by all of the residents and faculty involved.”

Not only has the TurningPoint audience response system helped Steven, but residents also enjoy using the software and hardware. Steven commented that the reviews for exams have been “much more interactive and there has also been much more resident involvement with the use of TurningPoint versus a traditional lecture.” He also said that, “TurningPoint has been well received by all of the residents and faculty involved.”

Steven plans on continuing his use of TurningPoint with his residents during lectures. He also pointed out that “I am planning to take my TurningPoint system to the American Academy of Family Physicians national meeting in October to introduce interactive presentations on a more national level. I hope to engage that audience in an interactive medical lecture and expose them to the audience response system.”

TurningPoint transformed the lectures at Colorado Springs Osteopathic Foundation from inactive into powerful, two-way experiences. It has given Steven the ability to assess resident understanding and evaluate the way lectures are presented. It also has promoted more discussion during his lectures, taking advantage of the ability to have an in-depth conversation about a topic that was not completely understood.